WARNING: This website is for ADULTS ONLY This site contains uncensored sexually explicit material unsuitable for minors. You must be at least 18 to enter! If you are under 18 years of age and you do enter, you may be violating local, state or federal law. Access may be prohibited in certain states/countries. If your local laws forbid sexually explicit material, please leave. BY CLICKING ON 'AGREE' BELOW YOU AFFIRM THAT: I am at least 21 years of age. All characters appearing in this site are fictitious. Any resemblance to real persons, living or dead, is purely coincidental or a parody.

I AGREE
I DISAGREE

This is story of two women, both prodigy´s in their fields, how they met, and how one became the sexual property of the other. Lucy is a student at an English University, a track and field star, already tipped for a gold medal at the next games. Cat is a retired Slaver and Dominant, a prodigy in her field renowned for taking the strongest and most wilful women, and transforming them into broken sex slaves. At thirty she is retired after making an awful lot of money from her depraved occupation, living in a rambling castle and thoroughly bored. When she spies the beautiful young blonde, Cat decides she want´s a new slave, and soon Lucy is ambushed while out running one rainy day.

This is story of two women, both prodigy´s in their fields, how they met, and how one became the sexual property of the other. It’s been a few weeks since the veteran slaver Mistress Kat abducted the rising athletics star Lucy Smith and inducted the girl as her newest slave. Already Lucy has been subjected to every cruelty Kat can invent, granted the dizzying high of the slave orgasm and the crushing low of bondage torment.

But Kat is only just getting started and is determined to break Lucy’s will completely and to complete her transformation into the bondage slut that she believes is Lucy’s destiny. Can Lucy resist the torments to come or is her fate as a slave already sealed, and just what is Kat’s final plan for her slave..? Lucy’s story continues in Catch and Trained Part two! 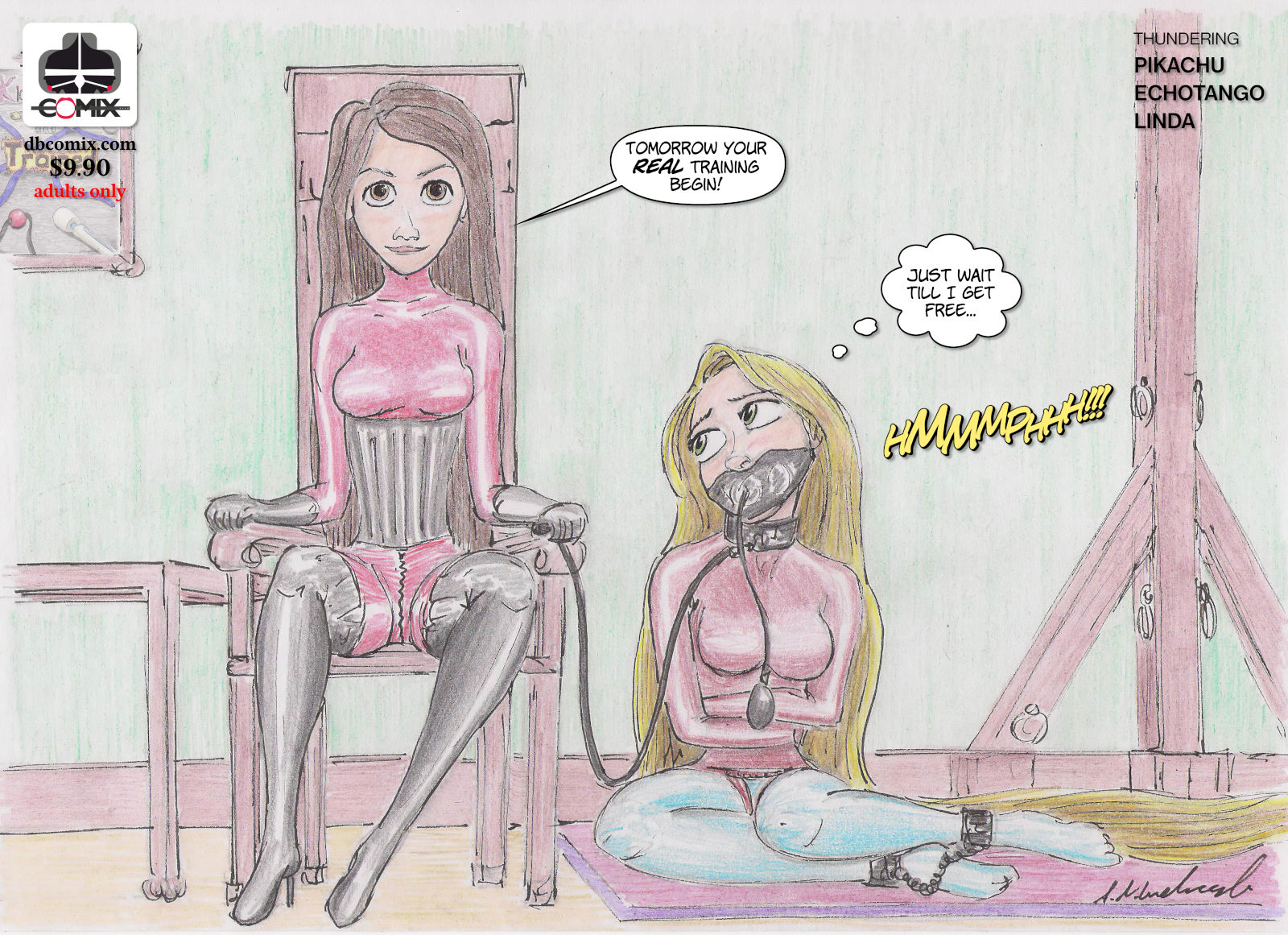 All characters are ADULT´s. This website contains entirely fictional work based on cartoon characters for adult entertainment. It shows no real people or events. The characters are shown participating in CONSENSUAL role-play for their own personal satisfaction, simulating activities which involve sexual dominance and submission. No toons were harmed in the making of these comics.